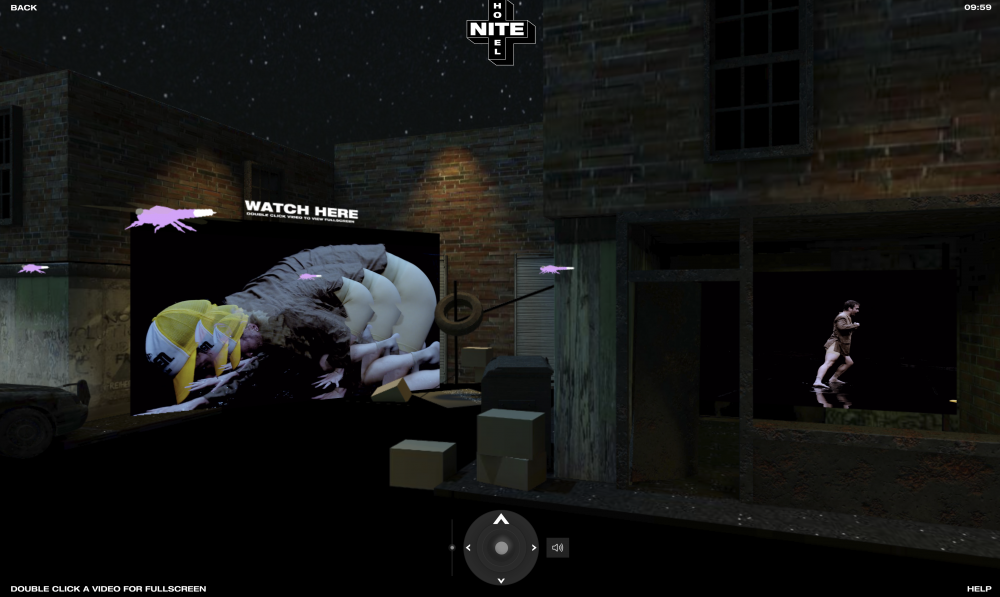 The NITE hotel is a virtual theatre platform housing custom made, collaborative performances and exchanges between artists and audiences.

As a multipurpose online environment that was cultivated during the COVID 19 lockdown, a necessity to be together resulted in online collaborative possibilities. In the 3-dimensional environment new works are presented, specifically made for the platform, such as Swan Lake The Game, The Drunken Ones and Uncle Vanya.

NITE Hotel is also available as a hosting ground, an exchange platform and virtual conference room, such as presenting the Eurosonic European Border Breaking Awards, Korzo’s Exploring New Grounds, and the livestream of the Dutch Theatre Festival (from the 2nd to the 12th of September). The best performances of the last season were shown, accompanied by a varied program to discuss the role of theatre in society (The State of The Theatre and the NITE Symposium), and take the chance to throw a party on the closing Gala! In April, May and June 2021 we take cross platform one step further, bringing art to your doorstep + online with: NITE DELIVERY.

24-hour Global Art Carrousel: Over 30.000 visitors and 200 artists brought together online in times of lockdown. 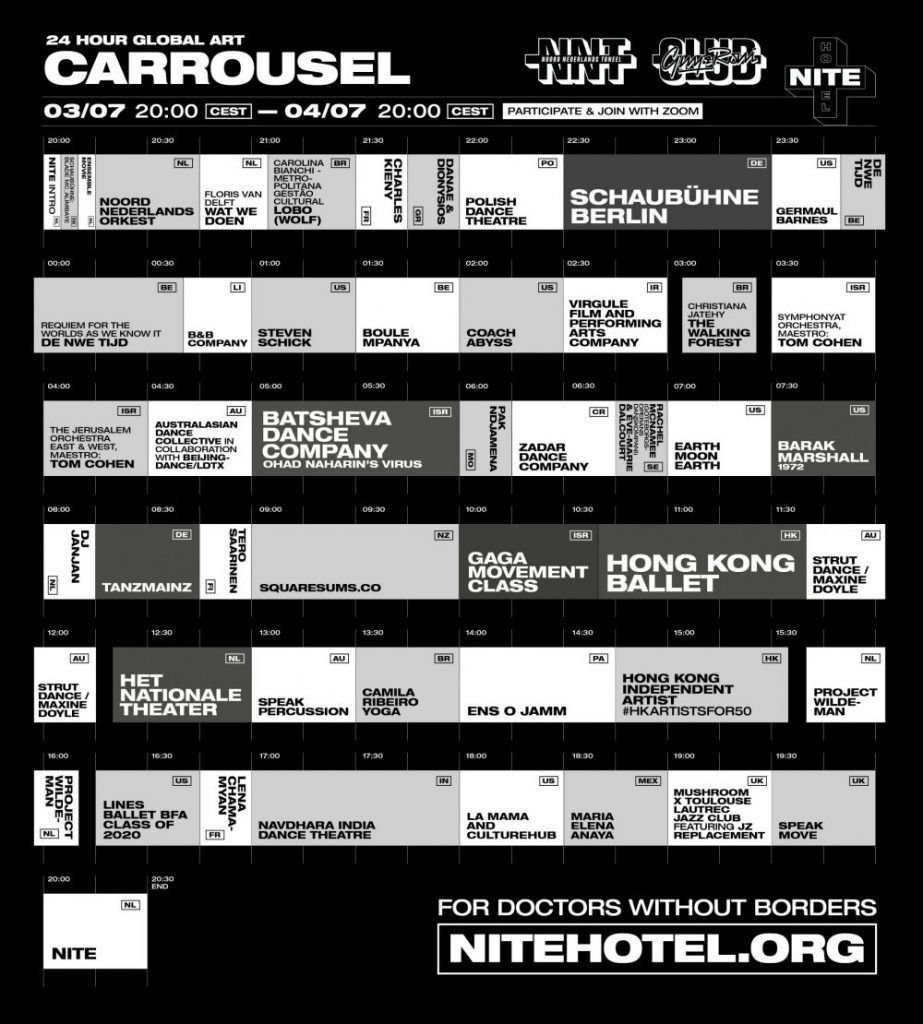 Before/After  had its online première in the NITE Hotel and was programmed on the online SIDance festival  2020 in Seoul (Korea).